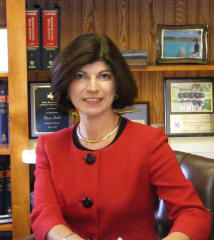 Email: This email address is being protected from spambots. You need JavaScript enabled to view it.

Anne has been practicing law with her family since 1983. Growing up in Uniontown, Anne is an active member of the community and continues her involvement in the legal community. Anne is a past President of the Pennsylvania Bar Association, having served as President from May 2019-May 2020, secretary from May 2013-May 2016, and as Zone 6 Governor representing Fayette, Greene, Washington and Westmoreland counties from 2009 to May 2012.

She has served as course planner and speaker for the continuing legal education arm of the Pennsylvania Bar Association, the Pennsylvania Bar Institute, PBI, on numerous topics including civility in the profession, federal practice, oil and gas issues, including lease interpretation, groundwater contamination and litigation. She is a Past President of the Fayette County Bar Association, where she previously served as secretary from 2006 to 2013, and has served several terms on its Board of Directors.

She continues service with numerous Pennsylvania Bar Association committees, including as Co-Chair of the Committee on Civility in the Profession, a committee that she created during her presidency. She also  served as a past Co-Chair of the Shale Energy Law Committee, past Chair of the Leadership Recruitment and Development Committee, the Review and Certifying Board, and the House of Delegates Draft Committee. She has served as a member of the PBA Diversity Team, as well as its predecessor, the Diversity Task Force. She is a Life Fellow of the Pennsylvania Bar Foundation. Anne was recognized in 2015 for her work as co-vice chair of the PBA Strategic Planning Committee. A member of the American Bar Association, Anne has also served as a PBA delegate to that organization.

Ms. John is a member of the Pennsylvania Supreme Court Advisory Council on Elder Justice in the Courts; she also served the Disciplinary Board of the Supreme Court of Pennsylvania as a Hearing Committee member from 2014-2020. She earned her B.A. in 1980 from Dickinson College and her J.D. in 1983 from the Dickinson School of Law in Carlisle, PA, where she studied at the Law School’s first summer abroad program in Florence, Italy. She is active in the community, serving as a former member of the Boards of Directors of Advantage Credit Counseling Services, Inc.; the Board of Directors of the Better Business Bureau of Western Pennsylvania, Inc; and the Mt. Lebanon Aqua Club, where she was awarded the 2019 Nappi Service Award for her volunteer service to the organization.

Anne is married and has three children. 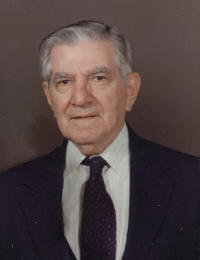 About John and John